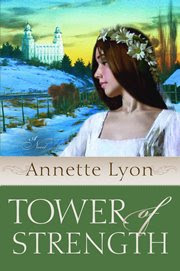 Annette Lyon's new book, Tower of Strength, was just released! And it's good.
How do I know it's good?
I read it, people!
So, you can trust me when I say it's good --not many books can get me invested enough into the character's situation that I end up crying tears of joy/sorrow, but this one did. As did all of her other books, incidentally...
But anyway, I am the first stop on a month-long (or more?) Blog Tour of her book. Hooray! I was excited to do this for Annette for many reasons:
1. I like her writing.
2. I like Annette.
3. I like to blog.
4. Heck! I already gave one copy away as part of my birthday give-a-way.
See how it all fits?

Now, without further ado, onto Tower of Strength!

Here is the description of the book from Annette's website:
It was 1877 when Tabitha Hall Chadwick left Manti as a young bride. Now, nearly seven years later, she returns as a widow with her young son to make a new beginning. Tabitha's strained relationship with her mother–in–law adds more difficulty to her life as a single working mother. Yet with a stroke of courage, Tabitha makes two purchases that become her passions: the local newspaper and a traumatized horse.
As she struggles to meet the challenges of her new roles, Tabitha welcomes the friendship of Samuel, a recently widowed British immigrant. Working together to train the abused horse, the two discover a second chance at love. But when Samuel is critically injured during the construction of the Manti Temple, Tabitha faces the pain of old wounds and the risk of new ones.
Weaving themes of loss and renewal, this poignant tale explores a vital choice each of us must make: to seek safety in isolation or to embrace the painful yet beautiful complexities of life and love.

And here is a great video describing the book as well (with beautiful music!):


After reading the book and preparing for this blog post, I asked Annette the following questions:
*What are three positives to writing LDS historical fiction romances compared to something mainstream, and what are three negatives?
Positives:
1. If a character wants to pray or refer to scripture or beliefs or doctrines or vocabulary, I don't have to stop to explain. And I don't have to wonder whether if I should cut out the religion (something you'd generally have to do in a national romance). I don't have any pressure to add "smut."
2. I can write about something that is close to my heart (temples) and know that my audience already values it. I somehow doubt that a book about the Manti Temple would find much of an audience nationally.
3. The readers are so genuinely awesome. I've gotten some really touching letters that make me think it's all worth it if I touched one life in that way.
Negatives:
1) A smaller audience. Even the most successful LDS authors will never come close to reaching large numbers of readers.
2) The stigma of poor LDS fiction. Yes, there is still some garbage on the shelves, but the proportion of good to bad LDS fiction has shifted dramatically over the last several years. Even so, a lot of people won't give LDS fiction the time of day because they read one really bad book eight years ago.
3) The narrow focus. There are really only so many kinds of books and genres that will sell in this market. The bottom line is a big concern for any business, and if something is a risk, it generally won't get published.

*Tabitha's MIL in the book has a hard time getting past her bitterness and loss. Have you known somebody like this? Did anyone inspire this character?
I think everyone knows someone who's bitter--and I think everyone has experienced a painful loss somewhere in their lives. I just drew on that idea and expanded on what it might be like if a loss overwhelmed you and you didn't rein it in. Targeting her hurt on her role as a mother helped--as a mother myself, I'm (of course) am protective of my children. So I used my imagination. So no, Mother Hall wasn't patterned after anyone I know.

*Have you ever ridden a horse?
I took a few months of horseback riding lessons when I was a kid--European style. So I can't ride a U.S. horse (the commands are totally different). But I don't remember anything anyway, so I doubt I could ride a European horse if my life depended on it. Even after months of lessons, I was still petrified of the huge creatures. Samuel's reactions were easy to write--I felt just like him many a time. Aside from those lessons when I was about 12, I don't know horses at all. I had many hair-pulling fits doing the horse research and rewriting horse scenes.

*Why did you send Tabitha to Logan and not...say...Provo?
When I was about to start Tower of Strength, I stumbled on some additional Logan research and learned about Brigham Young College. Using it seemed like a good fit, especially since I knew a historian who'd written a paper about BYC and could pick his brain. I originally had a couple of chapters dealing with the college, Tabitha's life and friends there, and such but they ended up getting cut.

*Why did you decide to give Tabitha a son and not a daughter?
Honestly, I never gave the gender any thought. When Tabitha showed up in my head, Will was there with her. That's just who they were. My oldest is a boy. Maybe that's why my brain went that direction. I really don't know. Good question.

*Have you ever seen a rattlesnake in the wild?
I don't think I have, actually. But I had to think about that, because I've been in places where others have seen them and come running to tell about it.

*Is this your last "Temple" book, or is there another one coming? Have you ever considered doing ones outside of Utah?
It's the last one for now. I'm not ruling out doing other temples in the future if my publisher would be interested in more. I had toyed with doing one about Vernal (the temple there is relatively new, but the tabernacle it was made out of was old, so I thought I could write about the building of the tabernacle). Alberta, Mesa, and Hawaii were others on my list. But for now, I'm moving onto other projects.

*How do you force your way through writer's block? Do you ever get writer's block? I do get it sometimes, but not all that often. Generally taking a break and doing something "brainless" helps--even something as mundane as folding laundry or driving around in the car or taking a long walk or even knitting. Something that lets my mind wander freely. Other times, reading a novel helps--getting into someone else's way of thinking and writing. But if I really, really have to get past it RIGHT NOW, I'll often put on my favorite CD (Patrick Doyle's soundtrack to Much Ado about Nothing). It's never failed to relax me and calm my brain down enough to get back to work.

*What's your favorite part of writing: Plot or Character?
Tough one, especially since I only have two choices. :) To me, plot and character are so intertwined that you really can't separate them. What a character is motivated to do and how a character reacts is what drives the plot. If a reader doesn't care about the character, they're not going to care about what happens to the character (the plot). But if I have to pick between the two, I'll say plot. The events and the conflicts are often what bring a story to life for me.

If you would like to buy the book, either go here, or attend a book signing! I'm sure Annette would love to meet you, dear reader.
Book Siginings this month:
Seagull Celebrating Sisterhood
Saturday, March 28th, 2009
10AM to Noon at the American Fork, UT Seagull Book
1PM to 2PM at the (North) Orem, UT Seagull Book

And last (but certainly not least), if you are interested, Urban Botanics has created a new scent inspired by Tabitha (the main character of Tower of Strength)! Annette got the chance to help make the scent that she believed would fit Tabitha's personality, and they came up with this. I haven't had a chance to smell it, yet, but soon Annette will be giving it away on her blog! Be sure to check back frequently to see if she's posted the give-a-way, yet. Or not. Because I would rather win it, you know, and the fewer entries there are, the better my chances!

Now go buy Tower of Strength! You'll be glad you did.

I can't wait to read this! We are headed to California today and I wish I had it for car reading :) Oh well, it will be worth the wait!

It sounds great! I can't wait to get my hands on it. I don't suppose she is going to do a signing here in Oregon? :)

Great interview. I'd love to meet her sometime.

I've never been very interested in Mormon lit, but Annette's answer to the genre question made me rethink my biases.

I'll be reading this!

Just blog hopping and enjoyed your review--I am writing a review for Annette as well next week. Hopefully mine can live up to the high standard yours :-). Love your blog!

I'm about 2/3rds through now but I wish I hadn't read that blurb (I hate it when they give stuff away.) but I agree, it's a great read!

This is great! Those are some of the questions I have thought about as I've read (especially the horse one). Thanks for asking!

Thanks, Cheryl! You rock! 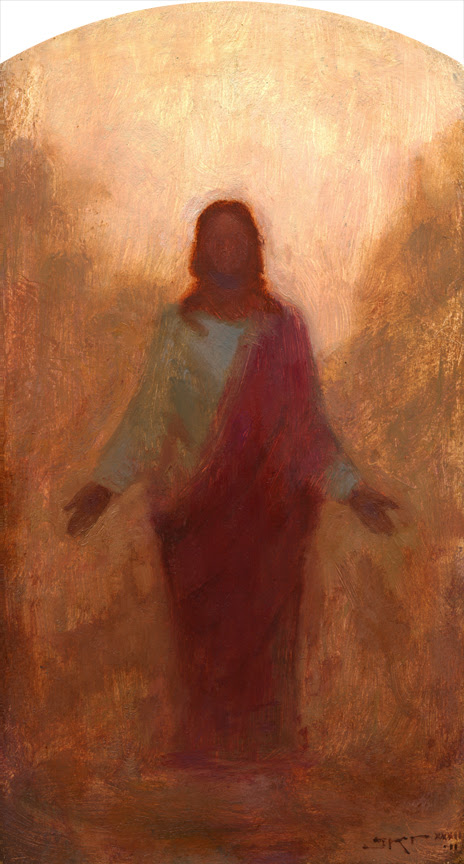 Everything on this blog belongs to Cheryl. If you use anything that has been written on this blog, please use proper citation. Thank you! 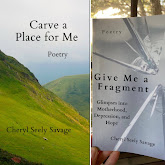 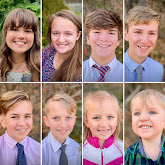 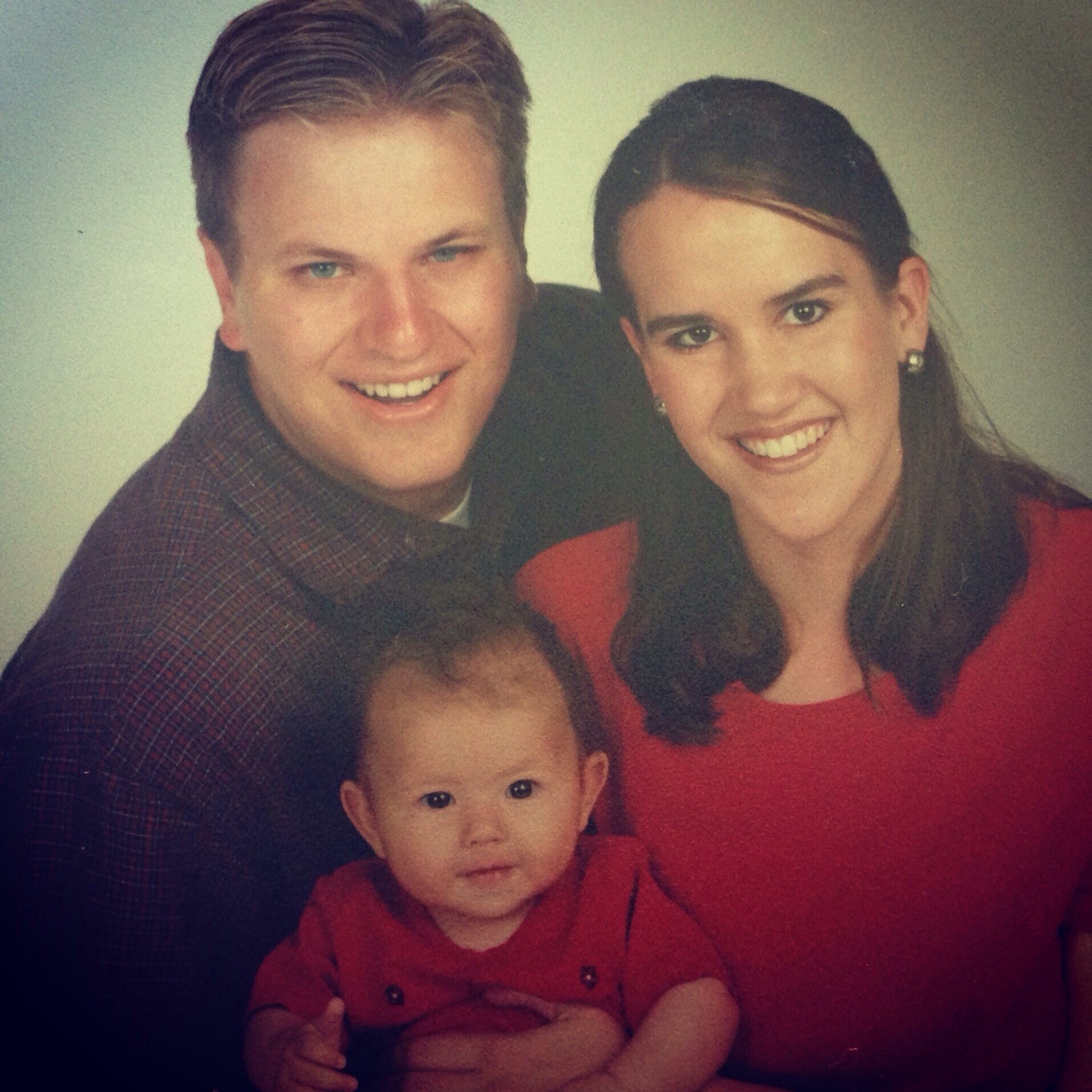